Minutes of #Vinocamp Provence 23rd-24th May

This weekend in Provence marked the 15th edition of Vinocamp in almost four years. Over 90 participants went during the day in Saint Raphael with two-thirds of new participants and more than 30 entrepreneurs. Among them, a good proportion from Provence and also from Bordeaux, Parisians and visitors to the Rhone Valley. In total, over 1200 and 140 Instagrams tweet represented the two-days of sun. The weather was at the rendezvous helped many rosés shine,  and were presented by the  comité Interprofessionnel des vins de Provence, partner of the event.

The party with Eléonores de Provence allowed us to meet great winemakers, adding to the splendor of the weekend which ended in the vineyards of Clos des Roses and of Château Paquette, in full bloom.

The accelerator 33entrepreneurs were on site to host startups on stage in their pitch contest. Congratulations to Sensafood, a startup that creates a revolutionary solution to simplify editing and consultation of menus at the restaurant.

Provence is the queen of rosé but also the wine, thus guiding the discussion. Regarding social networks, these are still small steps at a time for a region that operates in moderation. This explains the lack of winemakers connected during this Vinocamp. Location-based social networks may yet be of great value in this vineyard, where you can cross over 310 producers and cellars.

Our active sponsors brought their networks together. Planet Liège, in the end had not brought enough recycling box to meet the high demand of cork recycling, Nicolas shops and Castel Group made ​​a splash with their presence in the debates. We were also delighted to meet the new community manager of Bordeaux wines and activist for dark pink in the region of Bordeaux and Bordeaux Supérieur: Régis Chaigne who has won the award for best winemakers on Twitter with a subscription to MonViti magazine, a Vinocamp partner.

The day ended with a wonderful evening at Château Sainte Roseline, in Eléonores de Provence. They are a group of 35 friends, beautiful and committed in their area. Always moving, they are active in the sectors of wine, gastronomy and the art of living . This evening there are 12 major wine growers who welcomed us in the corridor and around a Provencal dinner! We now await their next website ; )

The next day, the trip to Castle Paquette and Clos des Roses finally convinced us to spend our holiday in Provence

Tour of the workshops

How to contact the consumer without using outdated methods? The most important is to empower consumers to know themselves: know their taste and know the psychological price they are willing to pay for the pleasure. The marketing method that was used for years, with prescribers who advise wines, should be reviewed. We must make consumers responsible for their own taste, to purchase and to make confident choices. In this evolving Internet age, we are provided with a direct bridge between the producer and the consumer, providing the producer agrees to build its portion of the bridge.

The technology is there, but why don’t people use it? Because consumers do not know how or why- we have to give more guidance. Where does augmented reality sit in all this? A given definition: look at something through something else and suddenly you do not see the same thing. Finally, Nicolas stores spoke about  their next operation, that will allow you to connect through the product not to talk about the product, but to send a message. The area of ​​customization has begun!

Instagram and wine? Initially, Instagram was an app and not a website, it is not the best way for SEO. In addition to being a network the needs teaching, this is a very good tool for sharing information on other social networks. Hashtags are important to being seen, and also to manage conversations about a brand like #VinsDeVicky. Miss Vicky Wine that can see the brand and its ambassadors. For the content? Pictures of bottles on a beautiful landscape, the life of the field, the food and wine … unleash creativity!

Find example of wine on Instagram with 25 selections by Grape Collective.

Instagram competitions booming like the #PlaneteLiege. How to do? A press release, a powerful visual that gives the rules in an instant, an interesting prize and of course, motivate ambassadors to facilitate word of mouth.

Location-based social networking – the paper guide to new geolocation platforms. Platforms such as Twitter and Facebook already allow geolocation, but the studio talked mainly about Yelp and Foursquare. Yelp specifically that encourages fans to write critical reviews by organizing parties, sending compliments. Critics on Yelp are generally very detailed and pictorial, bringing value to your place. Read about these tools, see what is going on and choose the one you prefer without neglecting Google Local- five minutes that increases your SEO. This will help to get in touch with more consumers.

Wine as a finished product can be adapted to crowdfunding, land as an asset, not winemakers, are attached to the property of their production facilities (Note: An interesting article just came out regarding crowdfunded vineyards on agent-boursier.com media). However as a finished product or as a wine growing commercial activity, yes crowdfunding allows for a working capital and pre-sell of its products. From the third or fourth funding round of ” Love Money ” can become a subject. The examples are still few and workshop would still deserved an hour to advance

. My Viti article Viti about this session is here .

How to de-seasonalise rosé? A question that has been inverted during the workshop – why de-seasonalise rosé? Rosé de Provence being sold fully during the summer, other seasons it possible to speak of the red and white of Provence. Champagne is sold at 80% during the holidays, so it is not urgent to change its patterns of consumption. In fact seasonality creates a moment, emotion, history, energy and finally, why not try to go in the season.

The difficulty of having a multi-brand strategy: Having a number of brands of territory, with them not necessarily telling the same thing. Community managers often look primarily to rest on marketing, the essence of the brand, to absorb it and do not cross over other brand territories. For example, the Castel Group, under the name “Castel Chateaux” communicate over 20 chateaux, allowing it to have interesting content to relay continuously while differentiating the brands and chateaux. One difficulty is the target, each brand being for a particular audience (final release or consumer).

Wine and agencies: the relationship between the grower and the provider. The agency works together with the winemaker, the winemaker expects the agency to identify and deliver the closest to reality in its values ​​of authenticity. Study trips and travel in small groups were discussed, but above the price of the tour, should the visitor pay them? The agency is willing to pay the winemaker for this service, the consumer side, it allows him to give something to the grower without feeling obliged to buy wine. Wine tourism is also part of an ethical concern, how a wine, wineries, his property, his history, are part of a cultural heritage in general .

Scenic Drives, Digital roads: The idea is to generate traffic and visits to the vineyards. The conversation linked to gamification, allowing an animated route to stimulate the curiosity of the visitor. Everyone is not yet equipped with mobile technologies, so it is important to maintain other avenues of support

Connected objects: What is it? A small object that provides information, perhaps relating to viticulture, that can tell the gardener important data via sensors such as the temperature of a tank. Standards should be set up so that the sensors are scattered in the vineyard, and can have their data synthesized in software. Finally the workshop ended on drones and necessary improvements in various modes of operation, as well as simplifying the processing of data collected and cost optimization .

The Explorecamp with MonViti gathered people on practical issues, taking an in-depth look regarding topics on advertising on social media including Facebook and Google.

To act or react in a crisis? The area of ​​social media is also allows the high-speed spread of messages. The group gave the example of Nicolas, the Giboulot case and the Vino Business book. The Nicolas stores began by reassuring their staff-do not overreact to what you see in front of you and then organize responses by the ambassadors networks. Timing is crucial, it allows you to distil the positive, to avoid a negative SEO and let the crisis calm itself. When people are clearly hostile, the matter is different, you have already identified. Finally we always say that we must react, but we must also react to positive reviews- ultimately what better than a thank you after a compliment? Remember, what does not kill you makes you stronger. Crises also allow new connections and to return to fundamental communication to start on a new basis. 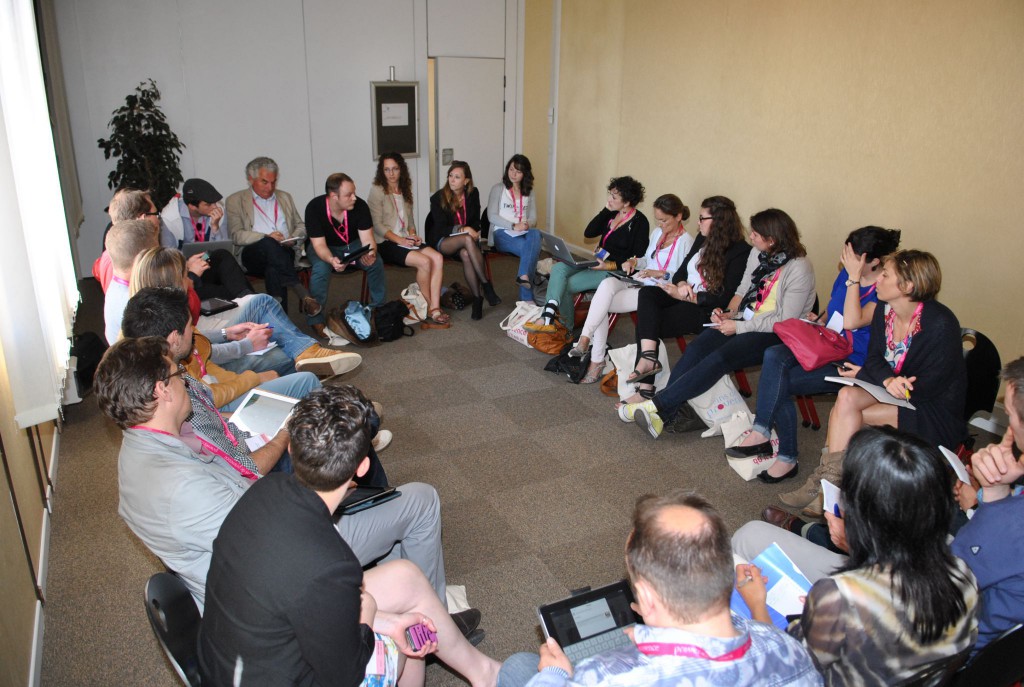 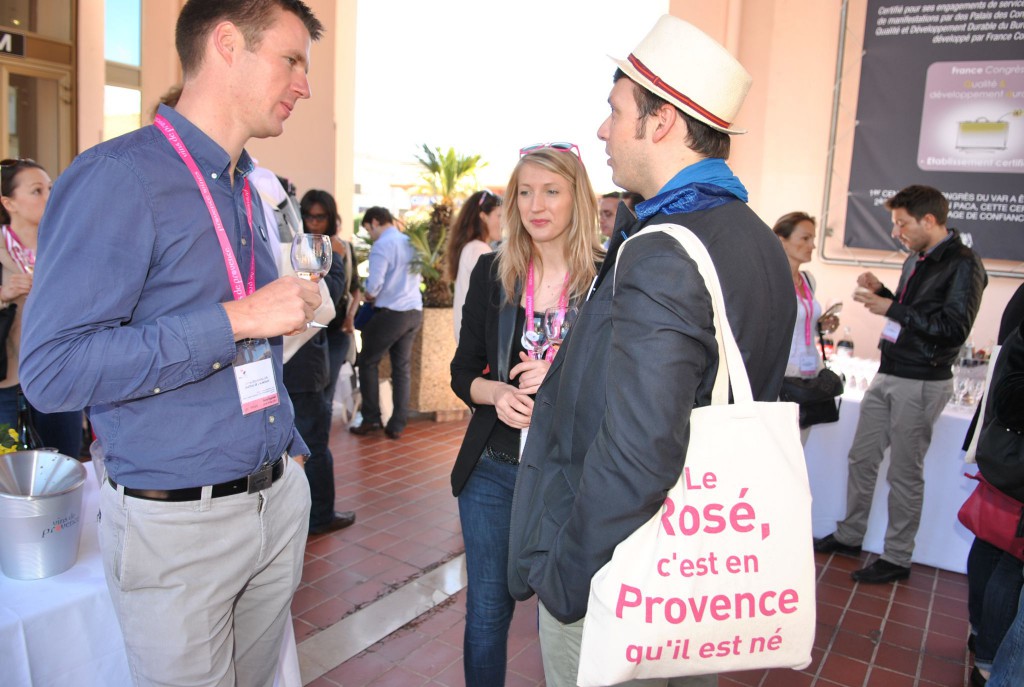 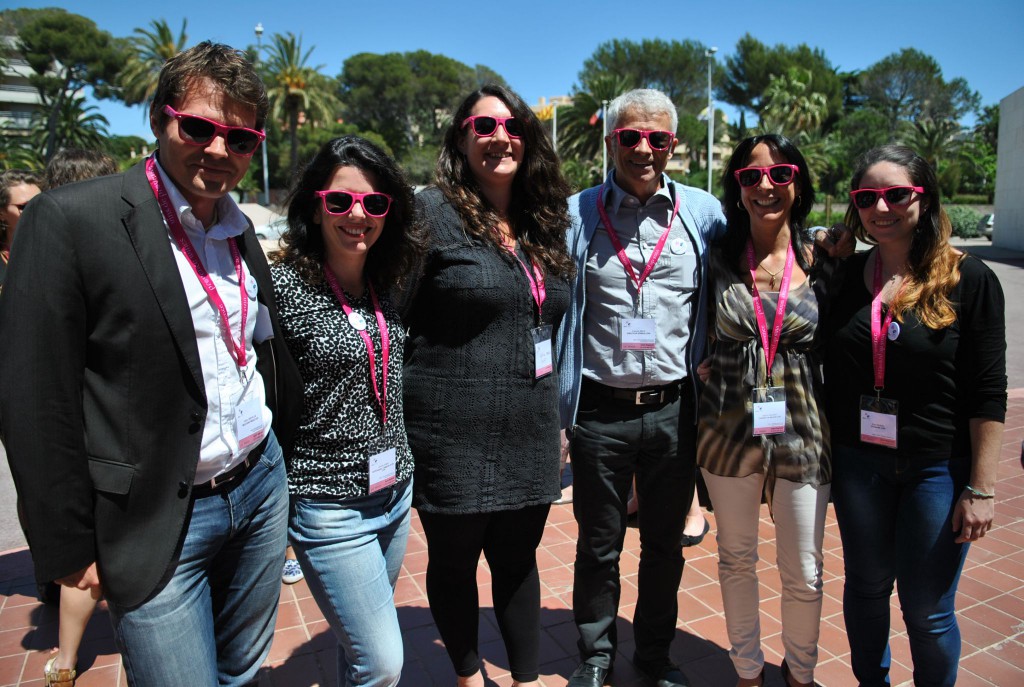 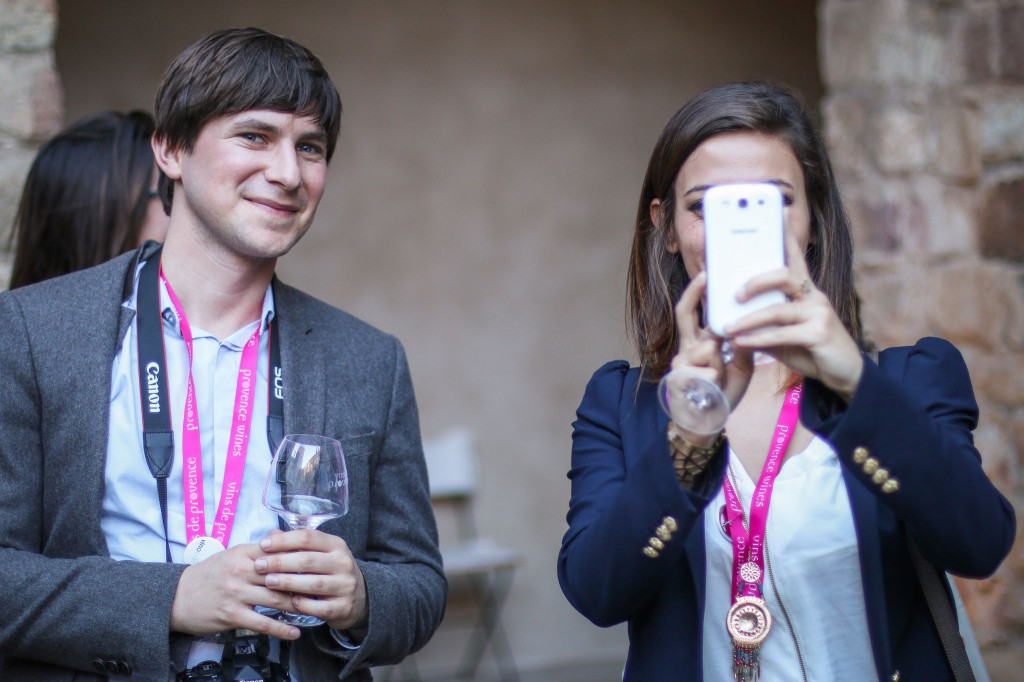 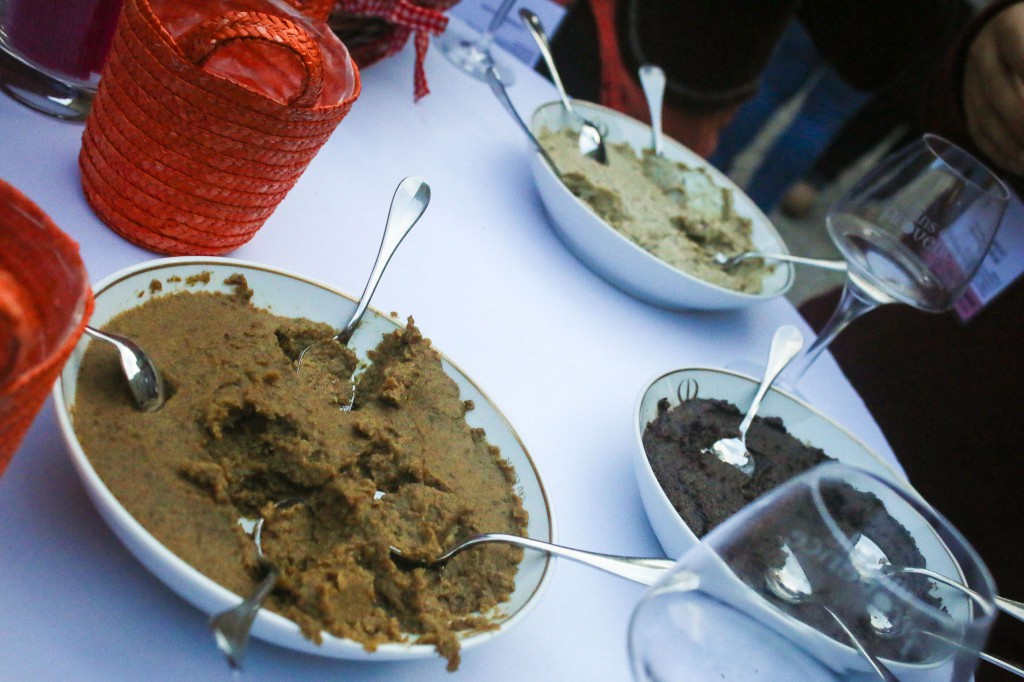 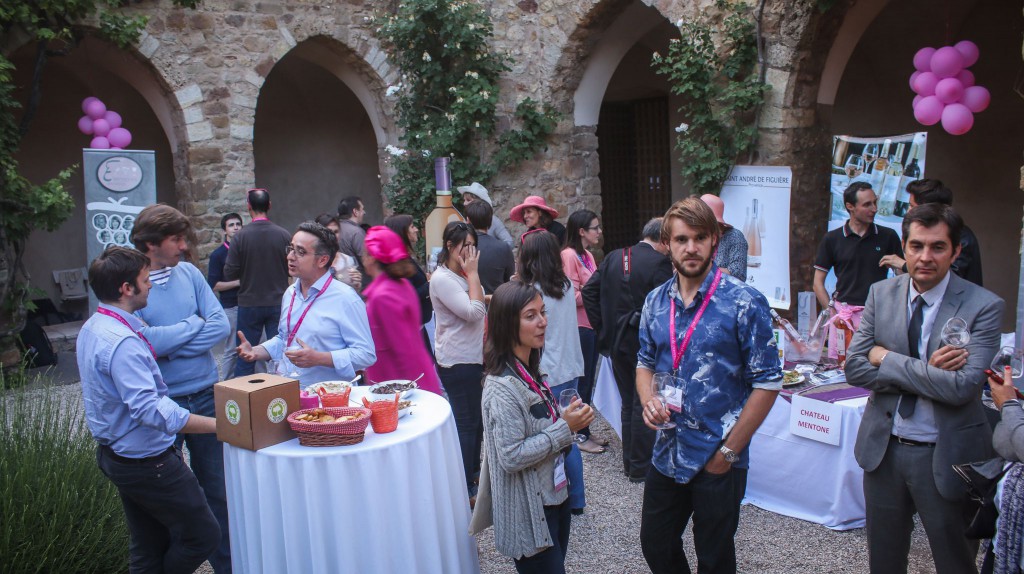 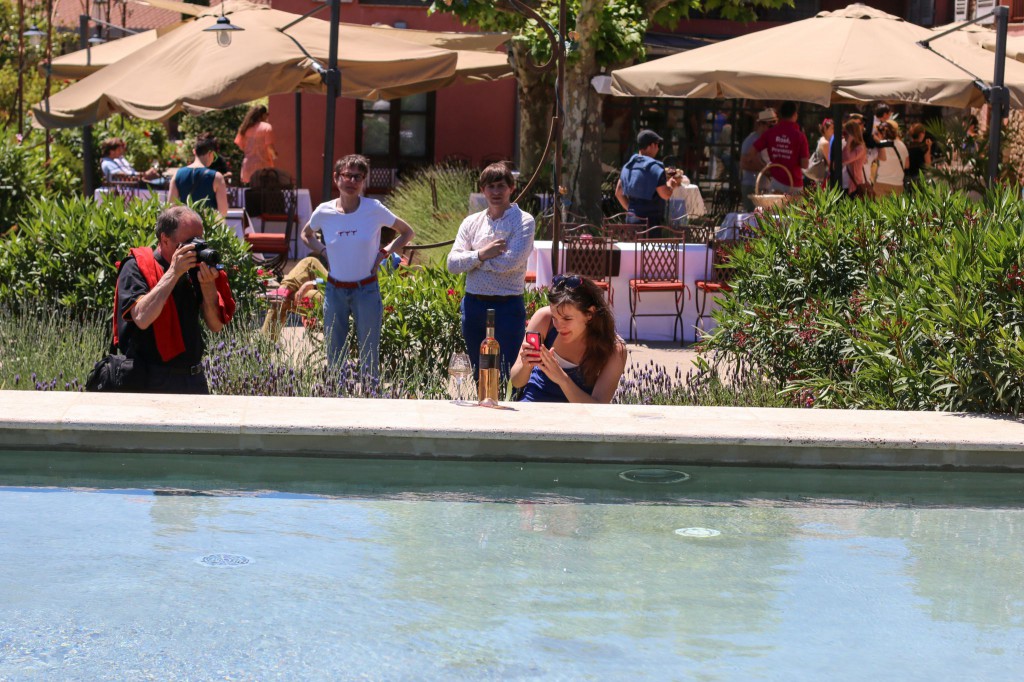 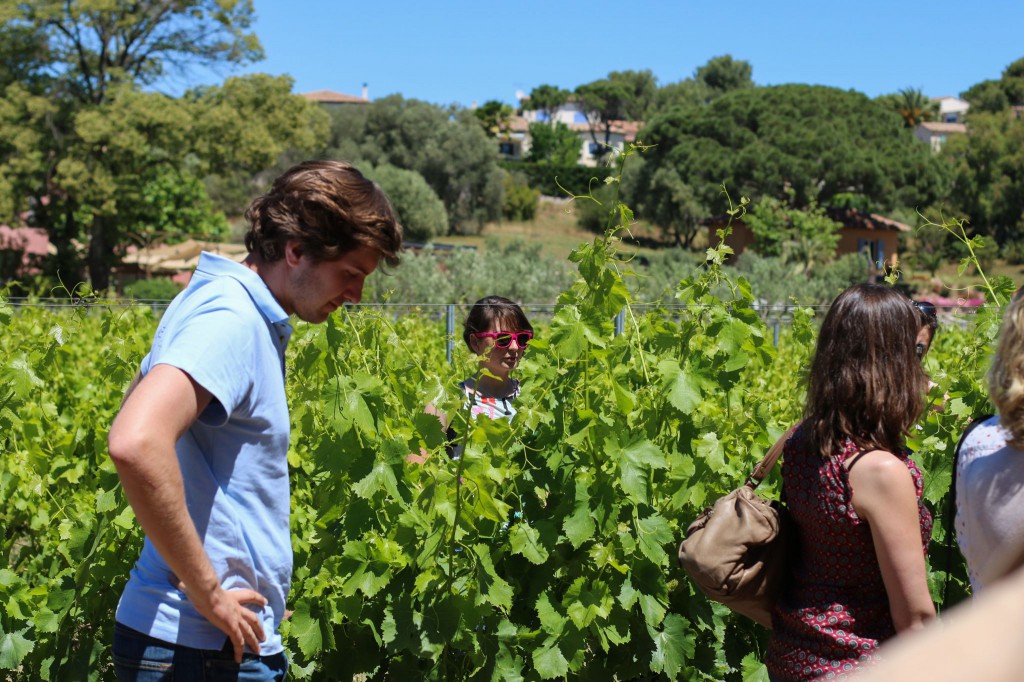